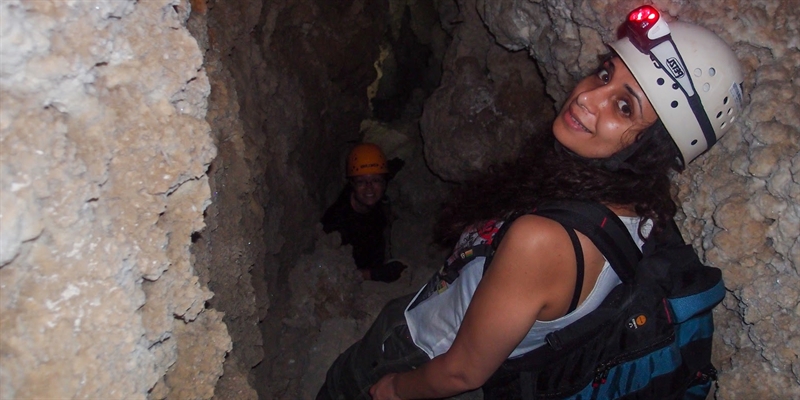 Caves are the original prime real estate. People lived in them, they rested in them, they cooked in them. Shamans (and juvenile delinquents) created art in them, and why not? Caves offer protection from the elements, they are cool inside and can provide shelter from the heat. They can also be higher up on the landscape providing a vantage point for miles around, so you might be able to see where the water is, where food might be, where your clan are and whether your enemies are nearby.

Even today, some people in the world still live in caves. (In fact, many archaeologists working on cave excavations have wished that they lived in the cave and not the non-air-conditioned dorms at the base of the mountain!) Like real estate, caves come in all shapes and sizes. Some caves only have one “room” technically called a chamber while others are so large that exploring them takes days and loads of technical equipment. The largest cave in the world was discovered in Vietnam and is called Hang Son Doong. It is so large, it contains a rainforest. 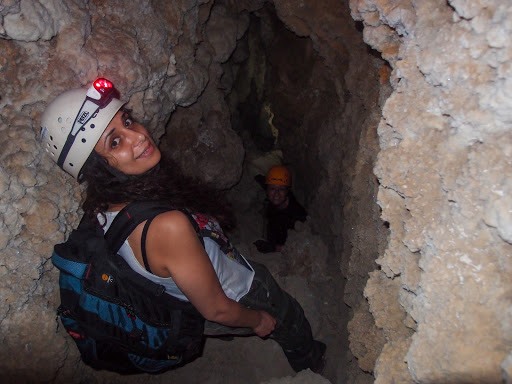 Caves are fascinating to archaeologists because they functioned as dwellings, living areas and burial areas. Within a cave you might find a hearth and kitchen waste (cooked bones of animals), stone tools and cave art. You might find intentional burials or even cemeteries. You might also find unintentional burials and the bodies of people who died from rock fall or died outside the cave after which water or animals brought their bodies into the cave.

Cave excavations are notoriously more complicated than open-air excavations partly because of access issues and the instability and dangers within some caves. Having said that, in some locations they are your best bet for finding ancient human fossils due to how they were used and due to the cooler conditions within them being better for preserving human fossils. 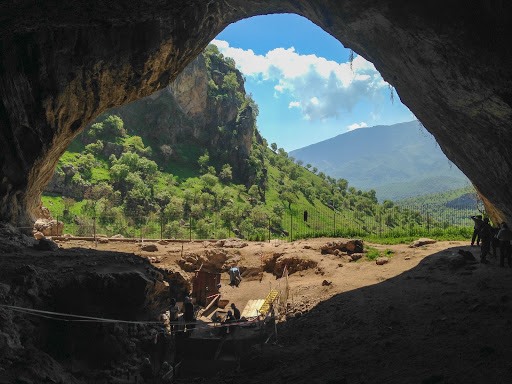 In my opinion, most caves on our planet are not known to scientists. This means that these incredible structures are rife for discovery; however, finding them is hard work. Some work can be done remotely using satellites, aerial images and even computer programs but most of the work and verification needs to be done on the ground by walking the landscape and speaking to people that live in the area. This can be hard work but there are lots of tricks like speaking to shepherds as they are known to use caves for their animals. Once you find a cave entrance (called a cave mouth), surveying the cave can be gruelling work and even take years if the cave is large and complicated or dangerous to maneuver in. Many caves require hard hats as they may experience rock fall and, as with all caves, care should be taken to respect the local wildlife living within them. Occasionally, this might even include exciting creatures like bats.

Ella Al-Shamahi is a palaeoanthropologist and evolutionary biologist specializing in Neanderthals, caves and expeditions in hostile, disputed and unstable territories. She sometimes calls herself an "adventure-scientist" but, to her, it's less about the adventure of working in places like Yemen, Iraq, the Nagorno-Karabakh and northern Cyprus. She believes in using expeditions to shed light on some of the most misunderstood and disadvantaged people and places on earth. She has degrees in Genetics, Taxonomy and Biodiversity and is undertaking her PhD in Palaeoanthropology.

Al-Shamahi is a TV presenter (BBC, PBS, National Geographic and Channel 4) and stand-up comic, partly because she realized that it was an incredible way to communicate science. She performs stand-up and nerdy-science stand-up in the UK and internationally. She was named a 2015 National Geographic Emerging Explorer.