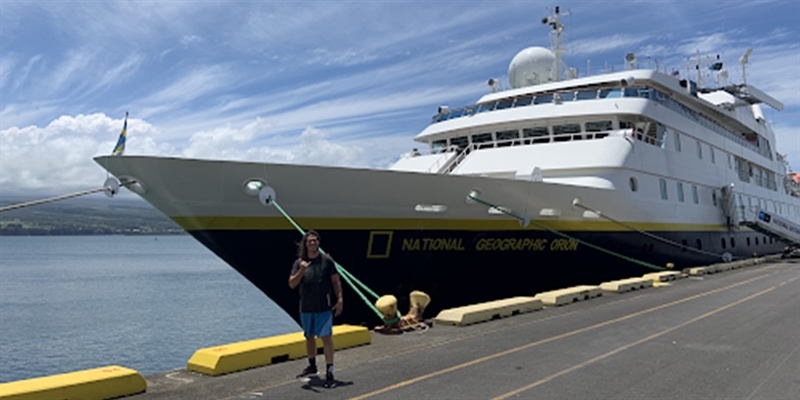 Communities On the Move

Communities have always been on the move. The dynamism and subtleties of those movements can sometimes remain a mystery lost to time, prompting anthropologists, archeologists, geneticists, linguists, historians and Indigenous descendants of those communities to cobble together a multidisciplinary patchwork of data and validate hypotheses around where humans have been and where we are going. 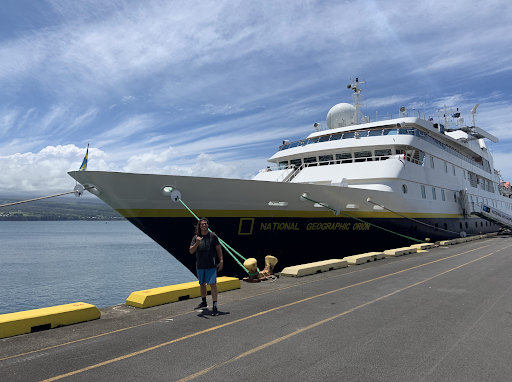 For example, the Austronesian diaspora, which prompted what master navigator Nainoa Thompson calls the “Original Moonshot,” resulted in the identification of some of the most remote places on planet earth. The birth of trans-oceanic voyaging culture resulted in my Kupuna (ancestors) setting out on one of the wildest adventures in human history. They relied on complex ecological meta-data like bird migration patterns, weather patterns, ocean currents and, most importantly, the celestial sphere at night to pull up the most remote islands in the world from the bottom of the Pacific Ocean. 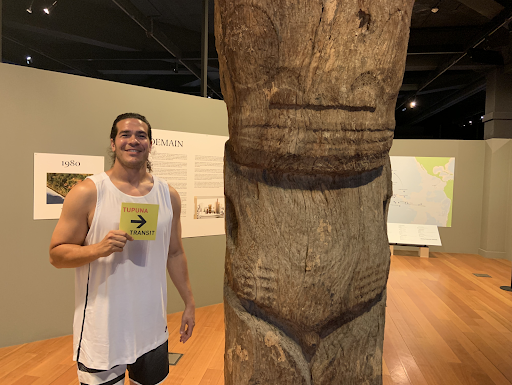 Studies of human genetic variation have allowed scientists to understand the Austronesian diaspora at a higher resolution; complementing and sometimes refuting migratory theories reconstructed around our deep-past using tools like archeology, linguistics, and oral traditions/Indigenous historical accounts. Recent genetic evidence has confirmed that our ancestors made it to the continent of South America well before the west. 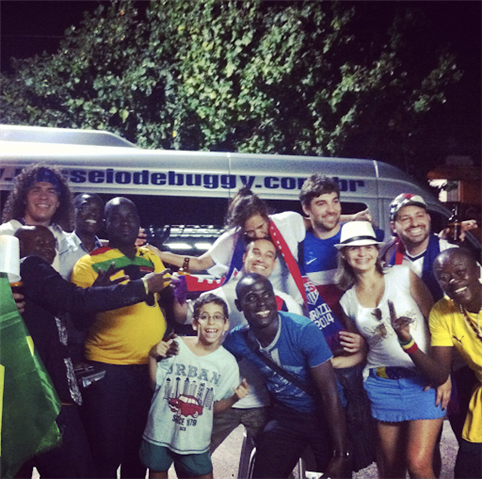 From Guam to the Solomons to Rapa Nui, our communities have known for millennia that we made it to the Americas well before anyone like Christopher Columbus (technically, Columbus died in the Bahamas). If your culture was defined by your voyaging history and you knew that the Moana connected your community--not separated it--then how would you not find whole continents in the Pacific if you were a master at finding the most remote places in the world?

I am writing this on Indigenous Peoples Day. It's high time we recognized that the vast majority of scientific questions that have been championed have been prioritized by colonialists--anthropologists, geneticists and historians that have made careers “repatriating” the histories of communities that none of them are a part of. These are questions that have been prioritized by non-Indigenous peoples attempting to reconstruct Indigenous population histories without guidance from the direct descendants of those communities. Until now.

From this moment forward, let's focus on questions that indigenous people have decided to prioritize.

There is a myth that mutations identified in the human genome are either medically actionable or evolutionarily significant. The truth is they are both at the same time a reflection of our diaspora and migratory history as a species.  For example, from Cook to Cortes, historically our contact with Europeans has resulted in a population collapse (~80% in Indigenous population size. This population bottleneck (i.e., genocide), mostly the result of naive-soil-epidemics (e.g. small-pox), has shaped the contemporary genetics of Indigenous peoples in meaningful ways that directly impact our susceptibility to disease. By integrating DSI from both modern and ancient Indigenous genomes we can observe transects in time and a reduction in human genetic variation in contemporary populations when compared to ancient populations (e.g. HLA diversity). 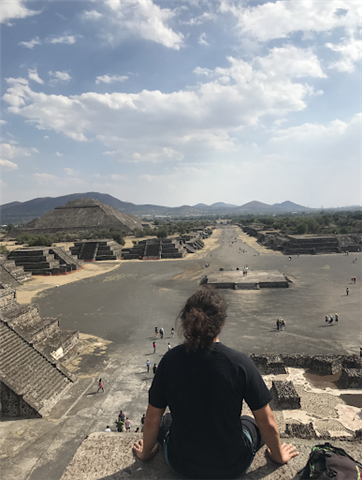 Keolu looking at the Temple of the Sun

This is the empirical observation of the impact of colonialism and how it has shaped the genomes of modern Indigenous populations. This not only has an impact on our understanding of both common complex diseases that plague our communities (e.g., obesity, cancer, cardiovascular disease and COVID-19 susceptibility), but this time cross-section data has the potential to be used in the court of law to settle land and resource repatriation claims.

Who controls that data matters not just for repatriating our deep-past but for achieving justice through science and charting a healthy trajectory where we can begin to design medical treatments for our communities in a drug development landscape where 90% of genome-wide association studies and 95% of clinical trials exclusively feature individuals of western European ancestry.

Keolu Fox Ph.D., Kānaka Maoli (Native Hawaiian) is an assistant professor at University of California, San Diego, affiliated with the Department of Anthropology, the Global Health Program, the Halıcıoğlu Data Science Institute, the Climate Action Lab, and the Indigenous Futures Lab. He holds a Ph.D. in Genome Sciences from the University of Washington, Seattle (2016). Dr. Fox’s multi-disciplinary research interests include genome sequencing, genome engineering, computational biology, evolutionary genetics, paleogenetics, and Indigenizing biomedical research. His primary research focuses on questions of functionalizing genomics, testing theories of natural selection by editing genes and determining the functions of mutations. Dr. Fox has published numerous articles on human genetics, biomedicine, ancient genomics, and Indigenolus data sovereignty, most recently in the New England Journal of Medicine, Nature, and the Proceedings of the Royal Society B. Dr. Fox is a recipient of grants from numerous organizations including the National Institutes of Health, the National Science Foundation, National Geographic, the American Association for Physical Anthropology, Emerson Collective, the Social Science Research Council and the Massachusetts Institute of Technology, SOLVE Initiative.