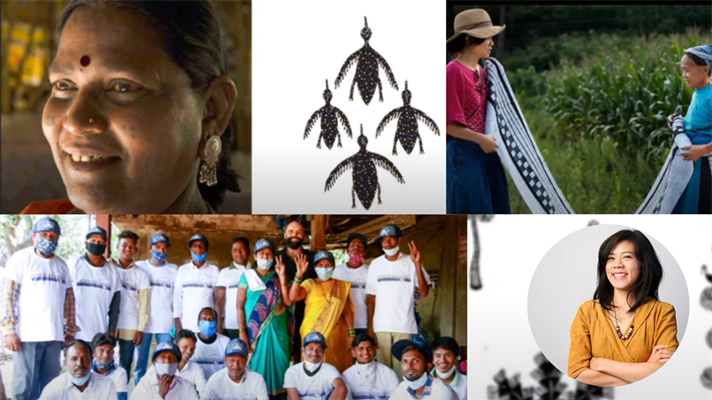 Digitizing Marginalized Cultural Art to Share with the World

Wanting to get as far from the world of her Business degree as possible, Rebecca *** traveled to rural India—only to find a use for that degree, after all. There to studying human-animal coexistence and rural vs. urban reactions, Rebecca discovered the greatest disparity had more to do with education. Because rural students couldn’t get a proper education due to their distance from urban centers, Rebecca and her team built a school on wheels—a 50-seat bus with teachers who took education to the students. And she discovered another surprise. “I thought I was doing something but it was actually profoundly changing my perspectives on what impact education and urbanization actually meant,” she remembers.

When teachers reported back that it was difficult to teach English and math because a lot of students were too shy, Rebecca found it hard to believe. Watching allegedly shy students dance, she came to realize that in rural communities, boldness is expressed more through traditional art forms—dancing, music, paintings, craftwork, etc. “For many generations, they communicated through these different forms that…we overlook when we’re trying to enforce one form of what education or brilliance looks like,” she says.

The challenge, she says, was that indigents felt art doesn’t make money, so they didn’t prioritize it. Because passion doesn’t feed people, Rebecca returned to her financial background to put together a business model that could create the solution. The result was Roots Studio, which has been working with unreached communities to digitize their cultural art for licensing across the world. There are now thousands of designs in their library—designs that would otherwise have been lost. And they’re being shared via the clothing and other products of partners like REI, prAna, and more. Together, she says, they are bridging communities via the pillars of respect, reciprocity, and remuneration.

Rebecca is the founder of Roots Studio, which aims to reverse cultural appropriation into celebration. Rebecca is a Forbes 30 Under 30 member, Cartier Women’s Initiative Laureate, Chanel Foundation recipient, and Echoing Green Fellow. She has worked with numerous governments on cultural sustainability and disaster resilience globally MIT, UNESCO, and the World Bank. She began her journey as a Fulbright Scholar and National Geographic Explorer, documenting human-animal coexistence from rural to urban societies.