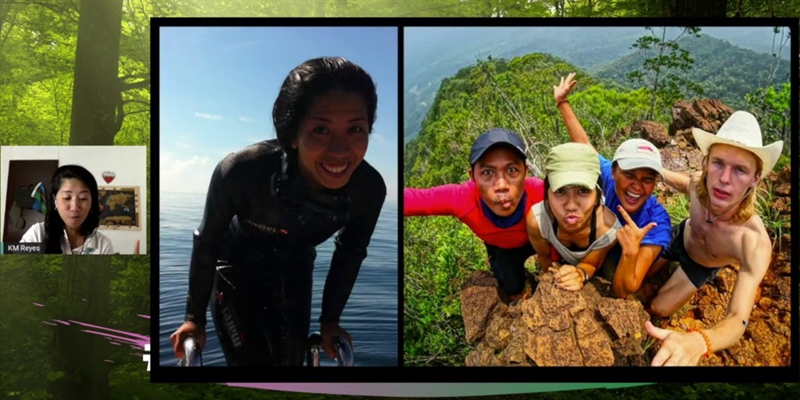 Did you know half the world’s forests have been destroyed? And in the Philippines, it’s even worse. The country used to be 95% covered in virgin rainforest and now only 3% remains. Yet the Philippines is still one of only 17 megadiverse countries in the world. In one square meter of land, you’ll see more diversity of flora and fauna than anywhere else on the planet.

KM Reyes is a co-founder of the Centre for Sustainability PH a women-led, youth, environmental non-profit in Palawan island. Palawan is known as the Philippines last ecological frontier and is home to the number one poached animal in the world, the Pangolin.

Combatting deforestation and cyanide fishing, KM and her team started a nonprofit that successfully established Cleopatra's Needle Critical Habitat, the Philippines' biggest Critical Habitat.
In this talk, she highlights her background and the five years of challenges her team faced to save Cleopatra’s Needle. Their success also protected our City's biggest watershed, the ancestral domain of the disappearing Batak tribe, and countless endemic and endangered fauna and flora.

To students considering becoming conservationists, KM says, “Do it. There’s not a more exciting time to take hold of what’s going on on our planet than right now. We’re at a really scary time, but also a time of great innovation because we are in crisis mode.”

“It doesn’t matter what odds are stacked up against you,” said KM,” there is a way for you to be a changemaker in your community”

To connect with KM on social media and learn more about her work, follow her at the links below: