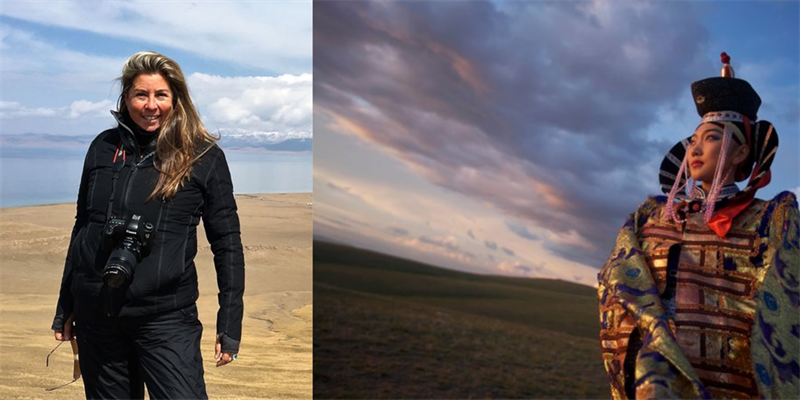 After two and a half decades as a corporate attorney, Olivia McKendrick had an a-ha moment at the Paris Climate Chane Conference in 2015.
Prior to that moment, she says, “I knew little about conservation, I knew less about indigenous communities, and I knew absolutely nothing about the connection between the two.”

Part of that connection, she would soon learn, is that 80 percent of the world’s remaining biodiversity is on land where indigenous people live. Further, she says, “Science now proves that where land is lived on by indigenous people, it will thrive—and it’s got a better chance than even national park status.

Sharing appetizers and drinks during the conference, Olivia and National Geographic photographer Chris Rainier realized that indigenous culture has to be at the forefront of the struggle against climate change. So they created the Cultural Sanctuaries Foundation to protect indigenous peoples, the guardians of biodiversity.

These guardians cannot fulfill their role if economic duress or natural degradations forces them off their land, or if their progeny leave for better opportunities and let their culture and their language die. We can’t protect natural resources without first protecting culture and language, Olivia maintains. “There are myriad examples of indigenous solutions to biodiversity and sustainability,” she says, but we must protect the communities that create those solutions.

The foundation achieves this by building cultural centers and museums, creating dictionaries of dying languages, and more in regions where both culture and biodiversity are endangered. And with cultures eroding and languages dying at the rate of 24 per year, Olivia says they are proud to make a difference, one culture at a time.

A skilled negotiator and tenacious corporate lawyer at Linklaters for more than 25 years, Olivia attended the Paris Climate Change Summit in 2015 — and her life changed. Partnering with renowned National Geographic photographer Chris Rainier, she joined the Cultural Sanctuaries Foundation as Director and COO, working to sustain biodiversity by nurturing indigenous cultural communities. Indigenous peoples are the best guardians of the earth's biodiversity. Cultural Sanctuaries works at the crossroads of culture and conservation to support indigenous communities in protecting and celebrating their culture, language and land. The need to save the planet’s biodiversity is urgent and the fate of our remaining wilderness will be decided in the next decade. At the same time, indigenous cultures are eroding and languages are dying. Culture and conservation are inextricably linked.