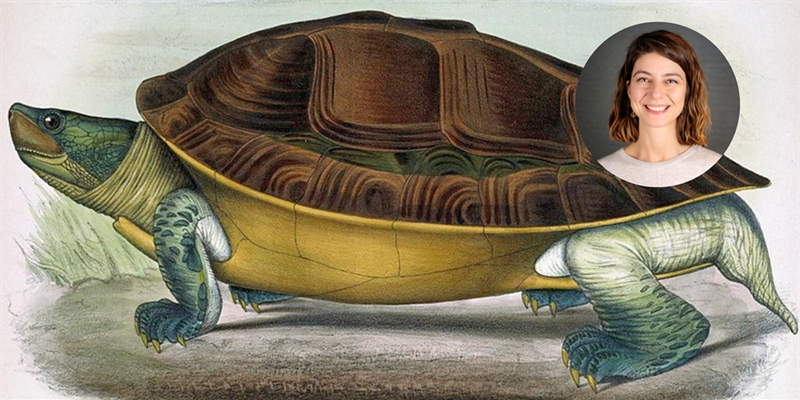 Saving Turtles with Science and Collaboration 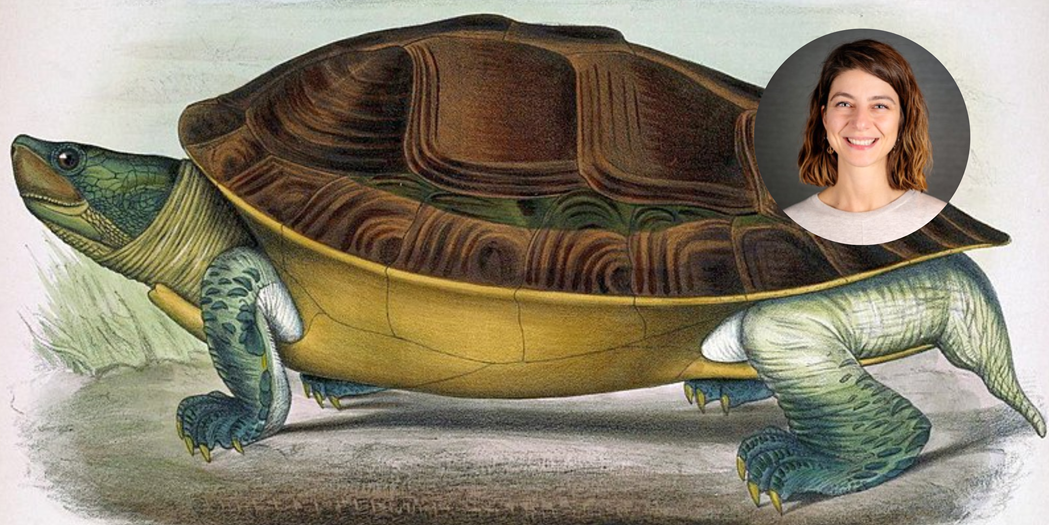 One of the potential downsides of being a geneticist is that you don’t always do a lot of field work.

You’re provided with a sample and can do the work from your lab.

But conservation geneticist F. Gözde Çilingir challenged that paradigm in her study of the Burmese Roofed Turtle, in particular the genomic aspects of their conservation.

This rare species of turtle, native to Myanmar, was ecologically extinct—there were less than 10 female turtles known to exist, and the number of males was unknown.

Gözde and her team worked with the Wildlife Conservation Society and the Turtle Survival Alliance to launch both in-situ and ex-situ conservation efforts. In-situ conservation aims to help turtles in their native habitat. Ex-situ efforts involve rescuing turtles and placing them in a safe environment so the species can survive.

The ultimate goal in these efforts is to create self-sustaining turtle populations in their native environment.

And Gözde went beyond just the science to achieve that goal. The human side of the story involved going to villages in the turtles’ native habitat and talking to people about the turtles, their plight, and what they mean to the community. While these creatures are so rare many villagers didn’t recognize them at first, they were aware of them from stories their elders told.

She also connected with local scientists and conservationists to share information, resources, and preservation strategies.

“If you want to solve a complex problem, you have to come up with different angles. You have to come together and work together. That was our main drive,” Gözde points out.

And that perspective informs her advice for young scientists. “Meet lots of people,” she says. “Have lots of local collaborators and be interested in other aspects of the conservation problem, so that people could also think in more practical ways or how to translate their scientific findings into a solution in the real world.”

F. Gözde is a nature conservationist, geneticist, and conservation advocate. As a postdoctoral fellow at the University of Zurich, Switzerland, she works to bridge the gap between scientific research and real-world application for the genetic conservation of Aldabra giant tortoises native to Seychelles.

For the last six years, she has worked to find solutions to conservation problems by applying cutting-edge genomic technologies. Her main work includes contributing to and directing ongoing conservation programs for critically endangered turtles native to Southeast Asia by providing evidence-based scientific information on the current genetic diversity of these animals. She has led and contributed to several turtle conservation outreach programs around the world including in Singapore, Thailand, Myanmar, and Turkey.