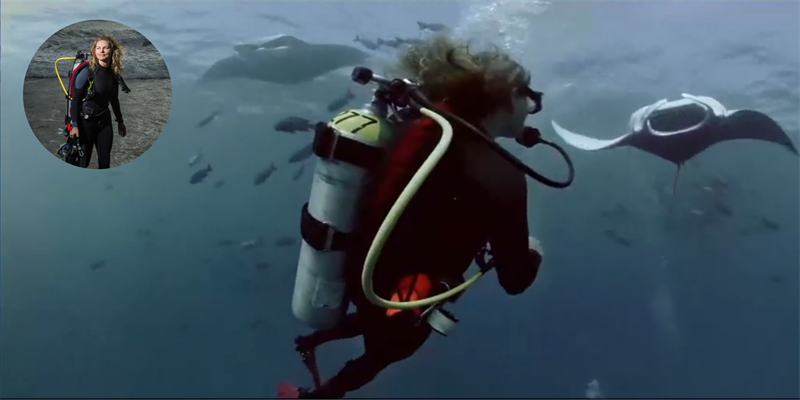 Sharing the ocean and diving from home—Erika Woolsey

And part of her work is focused on sharing that joy and enthusiasm. The United Nations has declared 2021-2030 the UN Decade of Ocean Science to support efforts to reverse the cycle of decline in ocean health and to rally stakeholders toward sustainability. The goal is to deliver “the ocean we need for the future we want.

Erika’s organization, The Hydrous, is part of that movement, using technology like augmented reality and 3D scanning to make the ocean more accessible and to reveal its inspiring magic. “We’re really interested in combining both evidence (the science) with empathy (the human-centered, emotional, connection aspect”

Now people can “dive from home” via AR experiences and open-access availability of 3D renderings of corals and reef-dwelling animals. You can try it yourself at The Hydrous’ Web site at https://thehydro.us/.

“What I feel most hopeful about is our youth and their position toward climate change. While many of our national leaders choose to conveniently ignore the harsh reality of climate change, young people generally seem to get the issue, accept that it’s a fact, and want to tackle this global threat,” says Dr. Pim Bongaerts, Chair of Aquatic Biology at California Academy of Sciences.

And simply beholding the beauty and magic of the ocean, whether you’re on a dive or “diving from home” through AR, makes you want to preserve and protect it. It’s too precious not to share.

Dr. Erika Woolsey is a marine biologist, ocean educator, and National Geographic Explorer. She conducted most of her research on the Great Barrier Reef in Australia where she investigated how warming oceans are impacting coral reefs, specifically how rising temperatures hinder survival and development in young corals following mass spawning events.

Amidst the rapid degradation of ocean ecosystems like coral reefs, Erika is dedicated to translating scientific discovery into public understanding. Most recently, she’s been the CEO of The Hydrous, a nonprofit that combines science, design, and technologies such as virtual reality and photogrammetry for ocean education. Erika received her Ph. D. from James Cook University and the Australian Research Council Centre of Excellence for Coral Reef Studies, earned her Masters of Applied Science in Coastal Management from the University of Sydney, and studied Biology and Art History at Duke University.